Having a repository of base images for each Sitecore version that can be shared between machines (workstations, servers etc.) is the foundation for everything Docker and Sitecore. Base images can also serve as the base for specialized images, preconfigured for each of the different Sitecore roles (CM, CD, Reporting, Processing, xConnect etc.)

This should really be something that Sitecore provided and I'm sure they will someday, but until then, please tell them that you want it when you get the opportunity and also go and vote on https://sitecore.uservoice.com/forums/429883-sitecore-mvp/suggestions/18731035-support-installation-to-windows-2016-in-docker-and.

This is why I just made this: https://github.com/sitecoreops/sitecore-images public so we, at least, can share how to build and update Sitecore Docker images within the community. It can be used directly by your own build environment and it pushes the images build to your own private Docker repository.

All versions since 8.2 update 3 are present (this version was the first to official support Windows Server 2016). For the Sitecore 9.0.x version there is an image per role, for now only in the XM1 topology. But I hope to get images ready for the XP1 topology in the future.

Configure your build server to:

Each Sitecore version (and role) is define under ./sitecore/ with a build.json file that defines the final tag and which files that should be copied (from your file share) into the version folder before docker image build is called, and of course a Dockerfile.

The Sitecore version number used in the tags may seem at bit strange at first glance. The reason behind is that the version used the same as the corresponding packages has on the official Sitecore NuGet feed, making it easy to identify which package and image versions to use together.

When it's done running, you should end up with something like this: 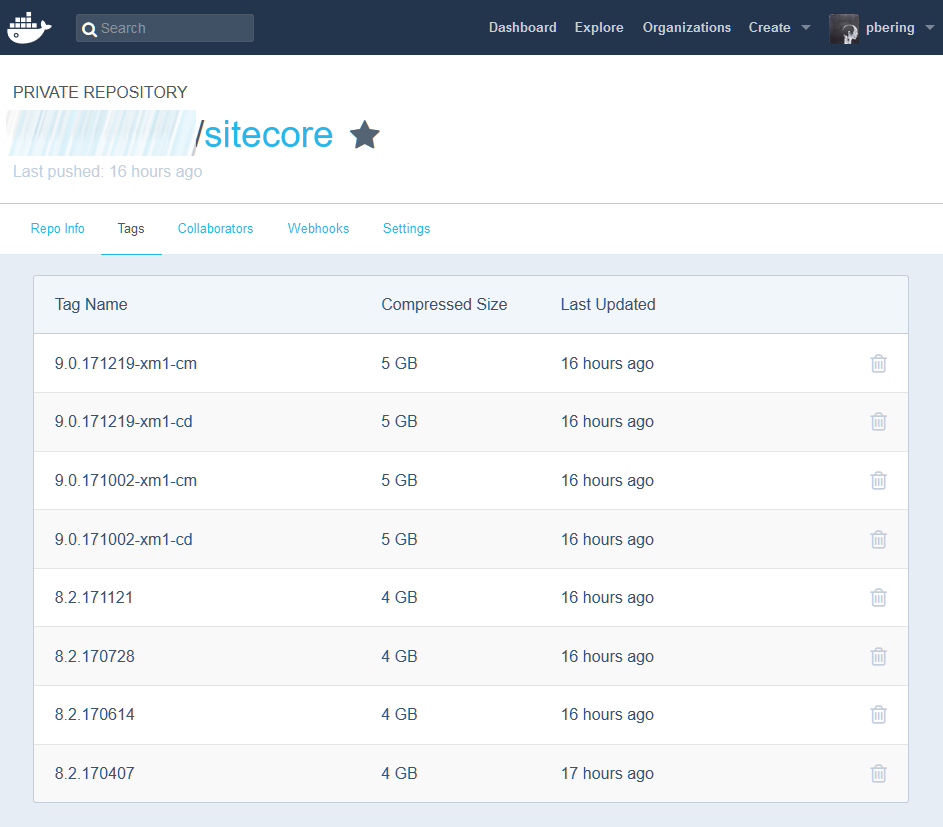 I hope that you also will find this useful :)